It was a weekend away with friends - a farmhouse in Eurunderee (just north of Mudgee)
2 hours to travel through Richmond was not in the brochure but it was a chance to visit the shops and take a nature break without losing ones position in the line waiting at the right hand turn into Marsh St. Finally got to the front of the line and then we were up over the Blue Mountains and off to the country...................................... 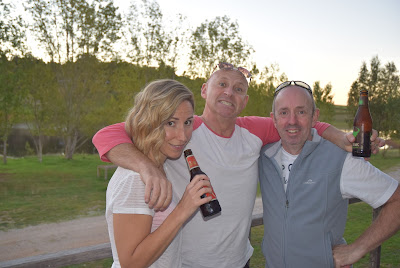 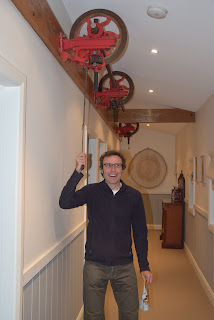 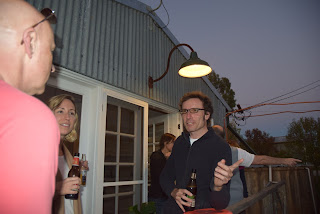 Bird watching and trail adventures were a feature of the weekend, a very nice lunch at the Pumphouse 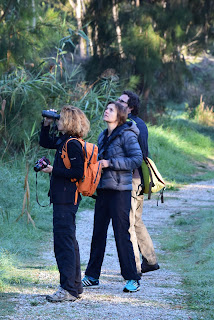 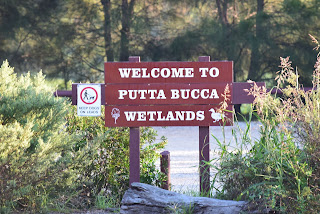 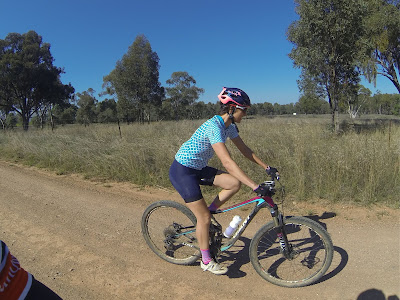 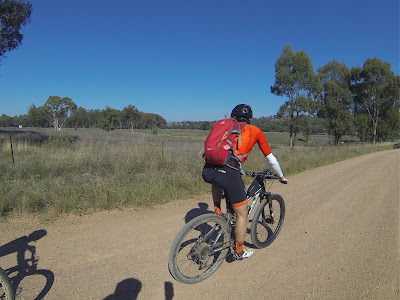 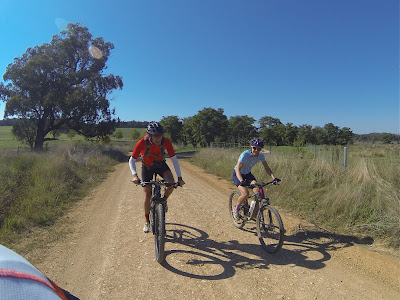 Dinner in Mudgee at a place called Elton's a Pub with a mostly share plate menu. Then afterwards there was a rock-face climbing display by Dave and Anita who couldn't resist the wall. 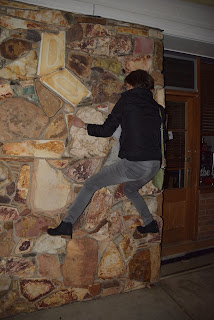 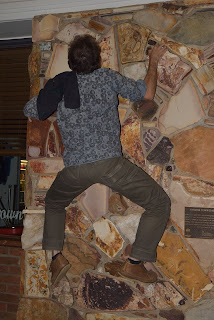 Day2 on the Trails - this started out as a 60km (2.5hr) planned ride that turned out to be a 91km (5hr) trip.  The road/trial was quite rocky and rough in places but was a great ride.  There was a  pit-stop in Gulgong for some nutritionals.  As the last pis in the patisserie was already 'sold' we opted for burgers, and they went down without trouble. 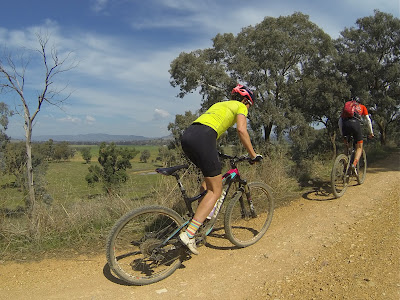 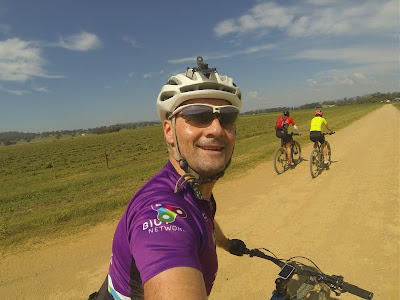 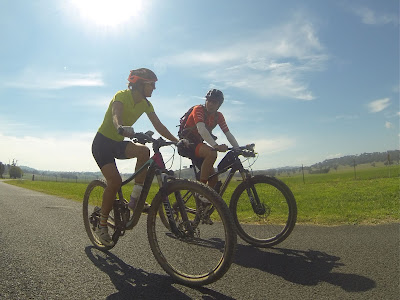 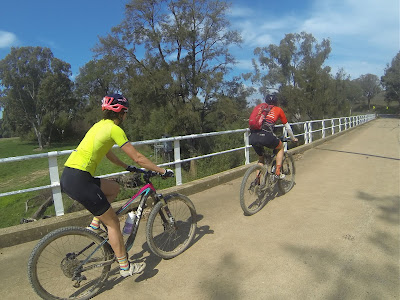 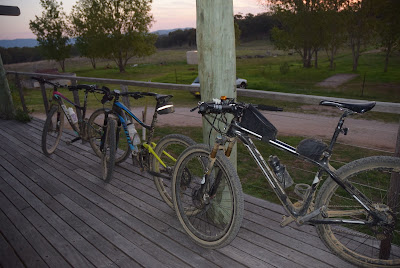 Dinner on the last night was an in-house affair, cheese platter for starters (with awesome salami too), a round of assorted sausages and then the lamb and beef as the main course (with salads and GK's blistered spuds too).

It was back to Sydney early for some while others wanted (needed) to get just one more winery in before saying good-bye.  Fun was had by all, it was very relaxing and i am sure we'll be back. Until next time.......... 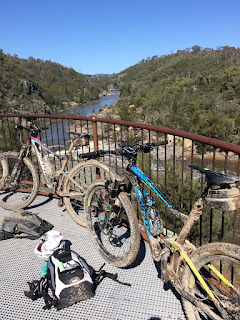